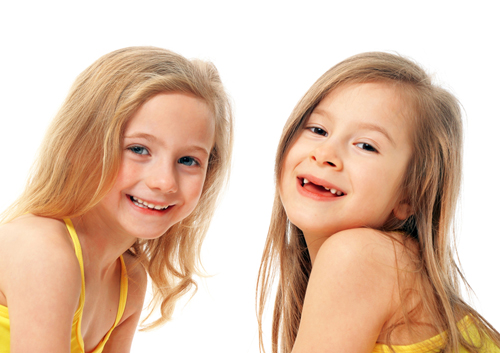 Parents, and even older children, can become concerned about tooth development. Wondering when teeth should erupt, and being concerned when the teeth do not appear on schedule, is common. First, you need to remember that each individual is different. Guidelines are just guidelines, but Dr. Eduardo Perez and our team at Growing Smiles Pediatric Dentistry thought we would pass on this information to help you.

Children normally have 20 primary or baby teeth. The first two to appear are usually the lower central incisors between six to ten months of age. These fall out between five and seven years of age.

As you can see, all the primary teeth normally have erupted before three years of age, but the timeline can vary by four to six months. Except for the lower central incisors and second molars, upper teeth tend to appear before lower teeth.

Adults normally have 32 permanent teeth. However, four of these are wisdom teeth or third molars, which are often removed.

Please discuss any of your dental concerns during your visit with Dr. Eduardo Perez. If there is a problem with tooth development, the earlier we address it, the better the outcome. We specialize in pediatric dentistry and look forward to helping you and your child with all your dental needs. To learn more about tooth eruption, or to schedule an appointment with Dr. Eduardo Perez, please give us a call at our convenient San Antonio, Texas office!